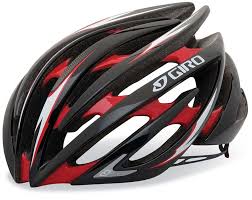 It may come as a surprise to many that the science around the effectiveness of wearing a bicycle helmet to avoid head injury is controversial. To date the science hasn’t been completely clear. There are many who believe that requiring cyclists to wear helmets has the effect of discouraging people from riding bikes while also giving helmet wearers a false sense of security.

A recently published Ontario study in the Canadian Medical Association Journal has given us new and strong data on the relationship between fatal head injuries and helmets. http://www.cmaj.ca/content/early/2012/10/15/cmaj.120988.full.pdf .

After reviewing 129 cycling deaths as a result of head injury, the study concludes that NOT wearing a helmet resulted in an 88% higher rate of fatal head injury. The simplified conclusion of the study is:

“Not wearing a helmet while cycling is associated with an increased risk of sustaining a fatal head injury. Policy changes and educational programs that increase the use of helmets while cycling may prevent deaths.”

While there are many who discount the effectiveness of helmets, more for public policy or cycling advocacy reasons, from a scientific and medical viewpoint, the argument is becoming harder to make.