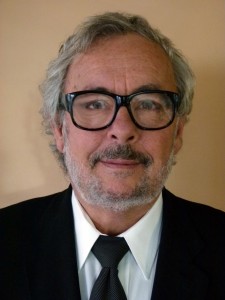 Mark began his career as a criminal defense lawyer, representing clients in all jurisdictions and levels of Court in British Columbia as well as in Alberta and Saskatchewan. Shortly after being called to the Bar, he and several other like-minded barristers formed a criminal law defense firm.

A few years into his career, he was trusted with representing a quadriplegic child in the boy’s personal injury claim. As a result of that profound experience he became a passionate advocate for the rights of injured people.

Over the past 35 years Mark has helped clients throughout B.C. suffering from spinal cord injuries, mild traumatic brain injuries, and complex orthopaedic injuries. He has fought for the rights of more than a thousand injured people during that time, and has remained committed to helping level an uneven playing field.

In 2005 Mark was appointed a member of the British Columbia Review Board. 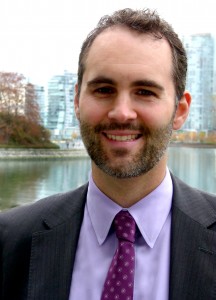 Jonas Cacchioni is a life-long Vancouverite. He completed a Bachelor of Arts degree in History at the University of British Columbia in 1994. He went on to study law at Queen’s University in Kingston, Ontario graduating with a Bachelor of Laws degree in 1997.

On returning to Vancouver he was called to the Bar in 1998. Early in his career he worked in the areas of criminal law and personal injury. Since 2000 he has exclusively represented people injured in motor vehicle, cycling, and pedestrian accidents. He has also done work in the areas of occupiers and product liability.

Jonas has successfully helped clients suffering from mild traumatic brain injuries, orthopaedic injuries, soft tissue injuries, chronic pain, and psychiatric injury and trauma. In 15 years of practice, he has advocated for people from all walks of life in their struggle to regain their quality of life.

Jonas is a member of the Law Society of British Columbia, and Trial Lawyers Association of British Columbia. He is an avid cyclist, braving Vancouver’s streets and commuting to work daily by bike. He is a soccer enthusiast and keen Vancouver Whitecaps supporter.